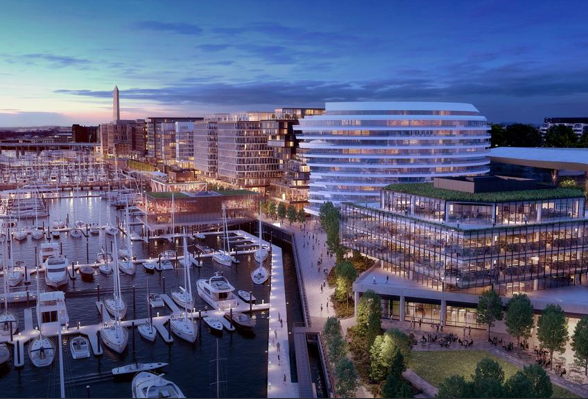 Hoffman-Madison Waterfront has selected Balfour Beatty as the lead general contractor for the 1.15 million-square-foot second phase of The Wharf, appearing to take on the role held by Clark Construction in the first phase.

Balfour Beatty will hold contracts for all horizontal and public spaces — site work, utilities, hardscape and parks — the initial office buildings and below-grade parking garages. The selection, per a release, “marks approval for Balfour Beatty to procure subcontractors and begin work on the land-side of Phase 2.”

“Their selection is a key milestone in the forward momentum of Phase 2 as we continue to channel our vision of a dynamic waterfront neighborhood and destination that has already changed the city’s relationship with its waterfront,” Maria Thompson, PN Hoffman’s senior vice president of construction, said in the release.

The release does not include financial details. Clark listed the contract value for the first phase at $457 million.

With The Wharf deal in place, Balfour Beatty should now be the general contractor for the two largest construction projects in D.C., The Wharf and Property Group Partners’ Capitol Crossing. The Wharf is a joint effort of PN Hoffman and Madison Marquette.

Balfour Beatty was part of The Wharf Phase 1, having completed three landside pieces — the 525 Water condos, the 1000 Maine Ave. office building and the expansion of the Maine Avenue Fish Market. It was Clark though, that excavated the site, built a 2,000-foot-long bulkhead parallel to the Washington Channel, drove some 2,000 piles, and constructed The Anthem and the apartment building that surrounds the concert venue.

Balfour Beatty’s scope of work for the second phase will involve two parking garages totaling 660,000 square feet and construction services for the two connected office buildings on Parcels 6 and 7, to be anchored by Williams & Connolly.

In addition to the two office buildings, there will be a third, boutique office with about 80,000 square feet, 235 apartments, a Pendry hotel, a trophy condo building designed by Rafael Viñoly Architects, a pair of restaurants to sit on piers, and a marina, among other things. It is expected to break ground in April.