Inside the Push for Affordable Housing at MXU Projects

As developers across the country continue to build large-scale and high-dollar mixed-use projects, municipal leaders are encouraging them to incorporate affordable housing by utilizing government subsidies, tax credits and zoning changes. 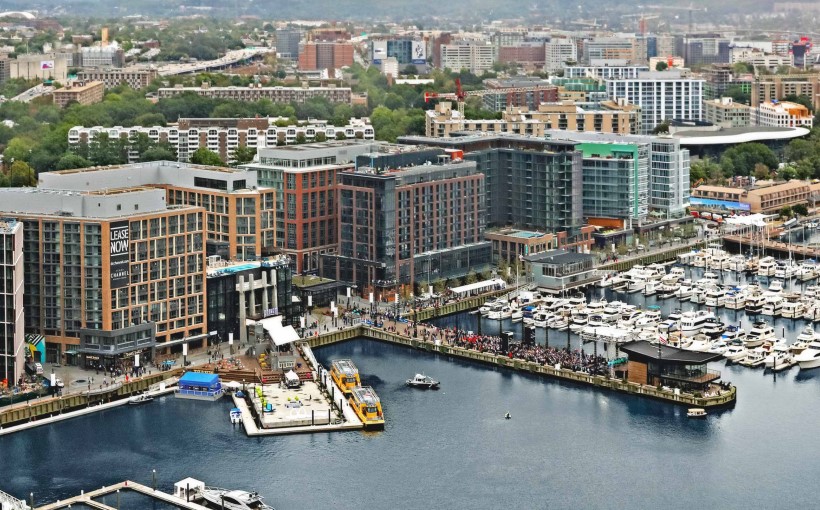 Aerial shot of the Wharf Development in Washington DC (fall 2017)

But adding affordable housing can be tough on a developer’s bottom line, with the rising costs of construction, labor and land, according to a recent New York Times report.

Along the Potomac River in Washington D.C., The Wharf, a $2.5 billion development,$ was required by the city to include affordable housing alongside an Intercontinental Hotel, a 6,000-seat concert venue and Vio, a luxury condominium where prices for a single unit have reached $2.9 million. The project is a partnership between Washington-based developers PN Hoffman and Madison Marquette.

Of the 761 units in the first phase of development, 26% are classified as affordable with more promised in the second phase. To make the project profitable on paper, the partners built more units overall, while the city lowered its price for the land. Additionally, the city reduced the percentage of the lowest cost housing while permitting more below-market, moderate-income units.

Across the nation, developers are weighing the right balance of affordable housing in order to work with municipalities, while also remaining financially profitable.

Several major cities across the nation, including Atlanta, Austin, and Houston, now encourage a percentage of affordable units in any new mixed-use project.

Tech giant Google recently pledged to invest $1 billion in land and money to build affordable homes in the Bay Area, where housing prices continue to skyrocket.

In Northern Virginia, JBG Smith has raised $78 million from investors for housing aimed at those caught in the middle, who earn too much for government assistance but not enough to afford market rate housing. JBG Smith is active in Crystal City, the section of Arlington where Amazon will locate its HQ2, expected to bring 25,000 jobs to the area.

But new development also has a way of displacing residents as neighborhoods are altered.

In Northeast Washington, DC, Brookland Manor, an 80-year-old, 535-unit garden apartment community is planned to be demolished to make way for a 1,700-unit, $600-million mixed-use development. The developer, MidCity Financial Corp., has plans to make 22% of units affordable, alongside 181,000 square feet of retail. Residents of Brookland Manor are divided, despite the developers promises to avoid displacing them. Two lawsuits on the matter are currently going through courts.

Despite complaints of a number of residents, the proposed number of affordable units exceeds city requirements.