Knead to Open Second Restaurant at The Wharf in DC 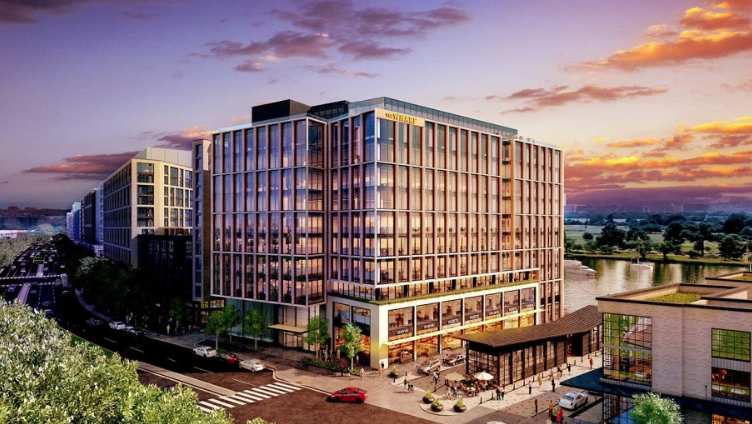 Jason Berry, a partner at Knead, told CO that the firm signed a lease on Dec.10 to open The Grill, an upscale American restaurant on the waterfront. The 5,400-square-foot eatery is slated to open next fall at the base of a Class-A office building, 99 Market Square SW, with about 200 seats including an indoor/outdoor bar and extensive patio, Berry said.

Tom Gilmore, the chief strategy officer for Madison Marquette, would not disclose the terms of the lease or the asking rent per square foot at The Wharf, which Madison is co-developing with PN Hoffman.

“The Wharf has been a wonderful place for us,” said Berry, adding that Mi Vida is “doing incredibly well” at the $2.5 billion waterfront development that opened its first phase in October 2017. PN Hoffman and Madison Marquette believed that American cuisine was “underserved in the development,” Berry said, explaining how Knead was given the opportunity to open a second concept at the site.

Knead is currently working on The Grill’s layout and has chosen a head chef, who Berry would not name. Nicholas Papadopoulos of Papadopoulos Properties, who represented Knead in the transaction, told CO that he expects the new eatery to fill the void for American food at The Wharf in “the way they always do—with incredible food and beautiful design.” It’s unclear if the landlords were represented by a broker.

Knead is also behind the design and launch of southern restaurant Succotash, which has a location at the National Harbor in Md. and another outpost in D.C.’s Penn Quarter neighborhood.

Berry said the D.C. region has “a very well-respected food community and the economy is thriving.” Not to mention, it’s a top tourist destination. The diners are “outgoing, open-minded and adventurous,” he continued. “It’s perfect for what we do.”