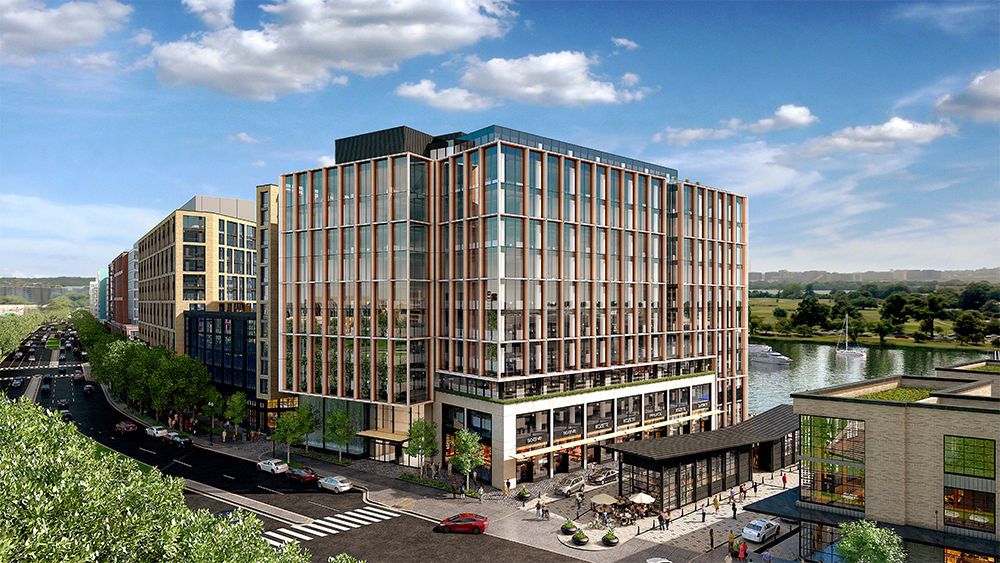 WASHINGTON, D.C. — The recently merged operation of Madison Marquette and PMRG has moved its headquarters to 1000 Maine, the trophy office building of The Wharf. Madison Marquette, which is co-developing the 2.2 million-square-foot, waterfront mixed-use project, merged operations with PMRG in June. The combined company will occupy 26,000 square feet at 1000 Maine, which features a soaring lobby and waterside atrium, fitness facility overlooking the water and a 10,000-square-foot rooftop conference center and patio space with views of the Potomac River. Capital Guidance, parent company of Madison Marquette and PMRG, will share the new space for its global headquarters. Additional tenants at 1000 Maine include the D.C. office of Fish & Richardson, Washington Gas and its parent energy company WGL, Socially Determined and the law offices of Michael Best & Friedrich LLP. The office building is part of The Wharf’s first phase of development, which includes a concert hall, three hotels, two multifamily and condominium buildings and 210,000 square feet of restaurants, retail and entertainment space. Phase I of The Wharf opened last October, and Phase II of the project is scheduled to open in 2022.