Viewpoint: The Times are changing. This New York Mag review of The Wharf is proof positive.

One year ago, The New York Times published “36 Hours in Washington, D.C.,” a generally positive review of the District beyond K Street, with a backhanded compliment to kick it off: “No longer does the city derisively dubbed ‘the swamp’ by its Inhabitant-In-Chief have the starchy, insular appearance of a white male fiefdom,” author Robert Draper wrote. 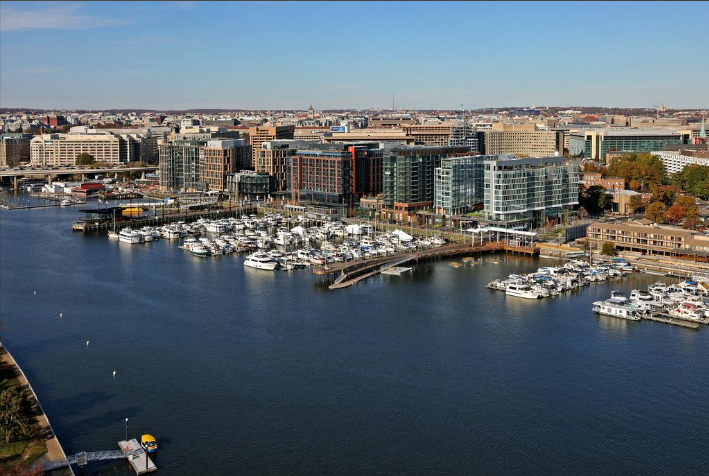 The first phase of The Wharf opened in October 2017. FILE PHOTO

We qualify, the article teased, as a “great American city.” As if D.C. wasn’t until the Times declared it so.

The D.C. “white male fiefdom” thing is old hat, and wrong. I mean, yes, we have lots of white males, and even some fiefdoms. But the Times and other New York media had long declined to explore beyond federal Washington, or lobbyist Washington, or bureaucrat Washington, to see how much there is beyond that.

It sticks in our craws, when New York reporters label us as a town of sterile steakhouses and Brooklyn wannabees (well, Greater Washington does have those). It doesn’t happen as often anymore, but virtually every story about D.C. to emerge from the Big Apple will still include some reference to what we supposedly used to be.

Which makes what New York Magazine’s Justin Davidson recently wrote about The Wharf so refreshing. This wasn’t just a positive review. It was one of the most glowing assessments of anything D.C. I’ve read from outside media in years.

“The new neighborhood projects an aura of choreographed prosperity, but it tries hard not to turn into a walled-off enclave for the affluent and white, and it seems to be having some success,” Davidson wrote. “Yes, there are precious cocktail menus and penthouses with panoramic views at high-altitude prices, but there are also (sort-of) affordable apartments, fried clams from the venerable fish market, and Shake Shack burgers, plus the free spectacle of water and quay. The goal is, as always, to make money, but the means is planned public pleasantness — gemütlichkeit for all.”

The Wharf, from developers PN Hoffman and Madison Marquette, has a Nordic feel, he writes, as it “takes up the Scandinavian challenge, incubating a miniature Oslo-on-Potomac with a year-round urban outdoors designed with sensitivity and flair.” The co-developers couldn’t have written it better themselves.

K Street is sterile. It shuts down too early and it is home to nine too many steakhouses. But District residents are rightfully bugged when New Yorkers throw shade, taunt, ignore and disrespect the vibrant D.C. culture that has evolved over many decades. We do care what they think of us.

So it feels damn good when they throw us some love.