By Tom Sietsema, as appears in The Washington Post
Food critic

Good thing Travis Croxton has a thing for history. The Virginia entrepreneur says he and cousin Ryan Croxton had no intention of opening another place to slurp and sip after Rappahannock Oyster Bar docked at Union Market six years ago. But developers kept dangling storied sites in front of them. One was an old cigar factory in Charleston. Sold! Another was a former produce terminal in Los Angeles. Why not? 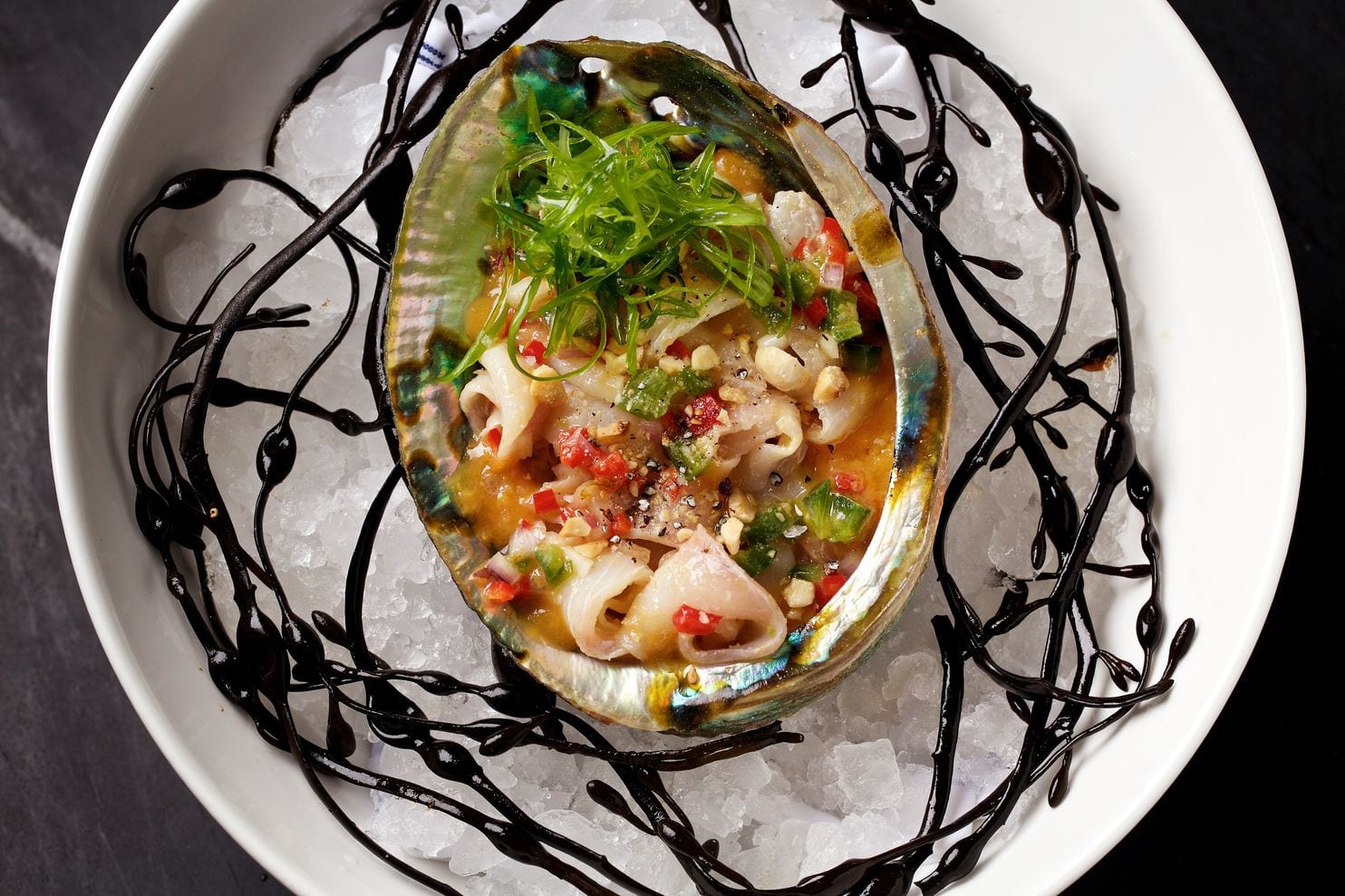 Closer to home, the cousins Croxton bit again when a slice of real estate at the Wharf was revealed to have hosted a restaurant, the Lunch Room, geared to feeding workers on the Southwest Waterfront, starting in the 1900s, and later, an oyster shucking shed and a public dining room called the Cadillac. Croxton’s great-grandfather started oyster farming around the same time. The connection to the past was too compelling to pass up.

And so, as of December, there’s a fourth Rappahannock Oyster Bar, which can trace its roots to Rappahannock restaurant in Richmond. The seafood saloon sits between the towering, Italian-themed Officina and the Maine Avenue Fish Market, which is lit up at night like a carnival. Don’t everybody go at once, please. The oval bar is ringed by a mere 28 seats, and we’ll have to wait for warmer weather for the patio, with space for 90, to open. Seating inside is tight, but not claustrophobic, thanks to retractable windows on three sides.

The menu, created by executive chef Autumn Cline following a tour of East Coast oyster bars, doesn’t take long to scan. (The kitchen, just off the entrance, is studio-size.) There are the expected oysters: shucked to order at the bar, or grilled or fried out of sight. The three selections come from three sources in Virginia, where the waters inform the bivalves’ flavor.

I’ll pass on the Rappahannock River oysters, described by menu and servers alike as “sweet and buttery,” words that just beg for condiments to make the finger food taste of something more satisfying than slippery. Honestly, the most I can get behind is their story; river oysters were the Croxton family’s first dip into the seafood business 120 years ago. Otherwise, the raw, freshwater specimens leave in their wake a nothingness for an oyster fan like me, at least when compared with the mildly briny Rochambeau oysters (from Yorktown, Va.) and the sea-kissed Olde Salts (my preference, from Chincoteague, Va.).

[The D.C. Restaurant Hall of Fame]

Don’t stop reading. It gets more interesting, especially with dishes Cline whipped up for the bar’s Wharf debut. Crudo, most recently starring cobia, sails to the counter in an iridescent abalone shell resting on a mound of shaved ice. The eye-catching transportation could easily upstage the thinly sliced raw fish, at least until you put a piece in your mouth and experience the wow of crushed hazelnuts, Thai basil, bits of Fresno chile, shallots and more. Crab dip has me thinking the restaurant might want to promote itself as Rappahannock Crab Bar. The spread is that good, with richness from Gruyere and Parmesan, and some roasted corn kernels for pop. The fire in the spread comes as a surprise, but the eating would be less without jalapeño. Dropped off in a small skillet, crab and company are scooped up with tortilla chips that could stand to be a little sturdier.

The fry cook doesn’t do too much to the shrimp and oysters but dredge them in some seasoned flour (yep, there’s coriander along with black pepper) and remove the seafood from hot oil once their exteriors take on a tan. Fine by me. The brown shrimp from Mexico are the most delicious, but a combination platter, including a pleasing crab croquette, adds craggy variety. Whole fish (usually branzino) is deftly fried, too, after a dusting of rice flour. The Asian lilt is reinforced with a sticky, sweet, garlicky glaze.

Aside from a few side dishes — the tarragon-laced celery root slaw remoulade that flanks the crab cake comes to mind — there’s not much for vegetarians but a green salad dressed with a seaweed vinaigrette, pleasant as it is. Meat eaters fare a bit better. Lamb and clams, a signature at the Union Market outpost, finds crumbled lamb over steamed clams and toasted bread for sponging up the combined juices.

The sleeper on the menu is a whopper of a burger: two dry-aged beef patties sharing their toasted and buttered bun with cool shredded lettuce, barely melted American cheese and a “special sauce” that turns out to be melted remoulade. “With a small kitchen,” says Cline, an alumnus of Rose’s Luxury, “you have to get creative, and cross-utilize.” Her construction comes with some golden french fries that get a little kick from the house spice: Old Bay, of course.

“People don’t expect going in to have a hamburger,” says general manager JP Sabatier, who had a hand in designing the digs. They are apt to leave, however, adding the bar’s sandwich to their list of pet burgers around town.

Dessert has yet to debut, but the chef has in mind banana pudding based on her grandmother’s recipe (count me in), milk and cookies, maybe bread pudding once the kitchen acquires a freezer (you know, for some a la mode action). Early on, diners got some salt water taffy with their bill, a treat that was discontinued when it was brought to the bar’s attention that a competitor, the Salt Line in Southeast, already offered the party favor.

The new kid on the (increasingly crowded) block has spades more intimacy than its sibling at Union Market, where the seating feels squished as Metro. Young as it is, the Wharf arrival also has the kind of charm that’s typically acquired over the passage of time.

Happy hour runs from 3 to 6 p.m. Monday through Friday and translates to half-price oysters and $4 wines and beers. The genial staff is good about pointing out the bargains, even if you happen to snare a stool at 5:58. Their taste in music — hip-hop, soft jazz — varies by the hour, the day — even the weather — and makes every visit feel as if you’re dropping in on an ever-changing club. Suffice it to say my fellow boomers and I were all but singing along when we gathered for some surf on a recent “Eighties Sunday.”